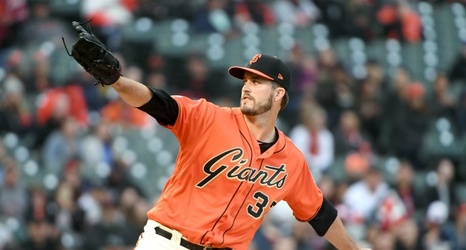 DENVER — As his team catches fire and pitching staffs around the league continue to melt down, Giants president of baseball operations Farhan Zaidi finds himself in an intriguing position.

It might be too soon to know whether the Giants have a realistic chance to compete for a Wildcard berth over the next two-plus months, but it’s clear the team has assets that contending clubs find quite desirable.

With the July 31 trade deadline approaching, the Milwaukee Brewers should be among the teams inquiring about the availability of several different Giants pitchers.

During their three-game series at Miller Park, the Giants exposed the primary flaw of the reigning National League Central champions, teeing off on a lousy bullpen that won’t strike fear in any foes come October.