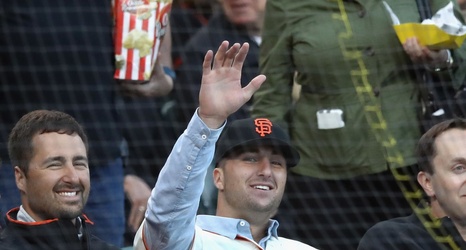 The San Francisco Giants have one of the top prospects in all of baseball in catcher Joey Bart.

The No. 2 pick in the 2018 MLB draft was limited to 79 games in his first full pro season after he suffered a fractured hand on a hit-by-pitch on April 15.

In order to make up for the developmental time he lost to that injury, Bart was sent to the Arizona Fall League where he would have a chance to log some additional at-bats against some of the best prospects in baseball.