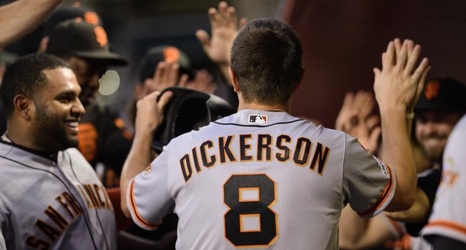 One of the primary catalysts behind the San Francisco Giants’ incredible July hot streak will return to the club next season.

Outfielder Alex Dickerson signed a one-year, $925,000 contract with the Giants for next season as the two sides avoided arbitration. The deal was first reported by Ken Rosenthal.

The Giants have until 5 p.m. PT on Monday to decide whether to tender contracts to their other arbitration-eligible players, including center fielder Kevin Pillar.

There was little doubt the Giants would bring Dickerson back in 2020 after the left-handed power-hitter hit .276 and posted an .