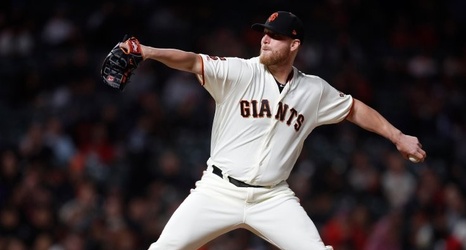 The Giants and Brewers are discussing a possible trade that would send All-Star reliever Will Smith back to Milwaukee, according to a Monday report in The Athletic.

Smith, who suffered his first blown save of the season against the Brewers on Friday, could give Milwaukee’s beleaguered bullpen quite a boost. However, Robert Murray’s report indicated no deal is imminent, despite both teams actively scouting one another.

The 30-year-old left-hander who once was the Brewers closer before the Giants pried him away in a 2016 trade deadline deal, could pair nicely with Milwaukee’s current closer Josh Hader to give Milwaukee pair of lockdown lefty relievers.