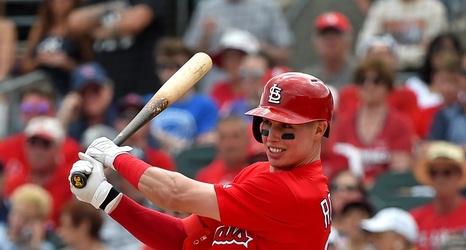 You probably don’t know who Drew Robinson is and given the large failure built into the system of baseball, there’s a decent chance you’ll never find out, but yesterday, the Giants signed the IF/OF to a minor league deal.

Robinson was drafted by the Rangers in the 4th round of the 2010 draft (the Giants would take Seth Rosin two picks later), made his debut with them in 2017, and was traded to the Cardinals last December. He broke camp with St. Louis, but was optioned to Triple-A in the first month of the season, then had Tommy John surgery in June.