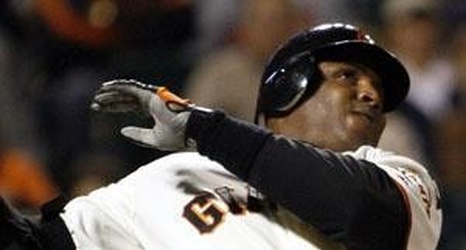 Giants slugger Barry Bonds, “exhausted and testy,” left the team’s Scottsdale spring training complex on March 25, 2005, 15 years ago today, and returned to the Bay Area to rehabilitate his troublesome right knee. It is unknown when or whether the seven-time Most Valuable Player will play this season.

Bonds, 40, who has been voted National League MVP the past four seasons, has had surgery on the knee twice in the past two months. He also had surgery on his left knee after the 2004 season. He told reporters in Arizona he could miss half or all of the season.