On this date, 2012: Giants’ Matt Cain has a perfect night 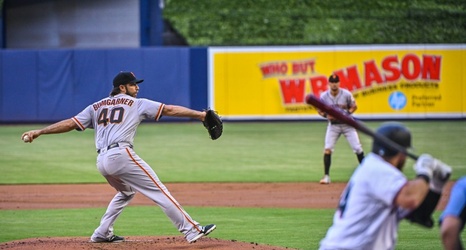 Matt Cain has talked openly of his lifelong dream of throwing a perfect game. It’s no longer just a dream.

Cain threw the first perfect game in the Giants’ long and storied history Wednesday night at AT&T Park, striking out 14 and getting great defensive plays from outfielders Melky Cabrera and Gregor Blanco in a 10-0 victory over the Houston Astros.

Cain, the longest-tenured Giant, has been through it all in his eight seasons in San Francisco. He has seen highs — a World Series title in 2010 — and lows — dozens of losses on nights when he was brilliant.