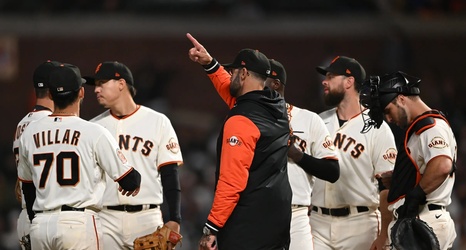 The San Francisco Giants are in limbo. Not the fun grass-skirt-mai-tai-luau kind either—but that purgatorial torrent of constant movement that goes nowhere kind.

Earlier this week, the front office was rumored to not be interested in selling at the Trade Deadline, but over the weekend news broke that they were hearing offers on just about anyone not named Logan Webb.

While celebrating the legacy of Will Clark, a tenacious player who pulled the perennial losers of the mid-80s into the national spotlight, these Giants seem to have found their weight class in a middling Chicago opponent.