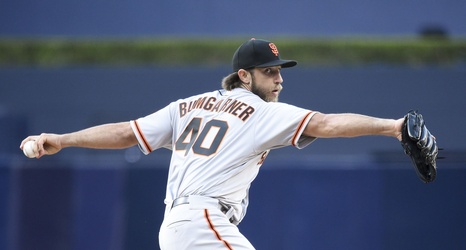 Aside from Gerrit Cole and maybe Zack Wheeler, the most sought-after starting pitcher on this year’s free-agent market figures to be San Francisco Giants ace Madison Bumgarner.

It should come as no surprise then that one NL contender has already been linked to the big left-hander here in the early stages of free agency.

Alex Pavlovic of NBC Sports Bay Area offered up the following on Wednesday:

“Per league sources, the Braves have made Bumgarner a priority and planned to quickly communicate that to the left-hander. Atlanta sniffed around before the trade deadline and they are the clear favorite if Bumgarner does end up elsewhere.