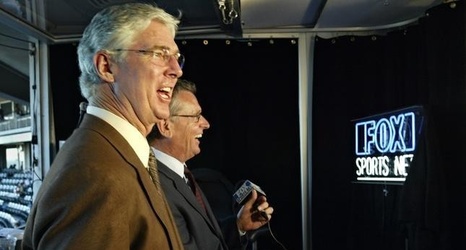 The website awfulannouncing.com has released its latest in-depth rankings of local Major League Baseball broadcasting crews and — shocker of all shockers — the Giants’ team has bid “bye-bye baby” to the No. 1 spot.

That’s right. Duane Kuiper, Jon Miller, Mike Krukow, Dave Fleming, Jeremy Affeldt and Javier Lopez were ranked No. 2 among MLB crews by the website. It’s a stunner, if only because the San Francisco squad was going for a three-peat after holding down top honors in 2017 and 2018.