Late runs are better than no runs 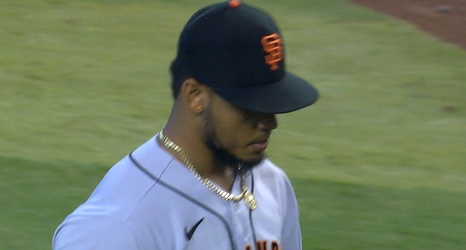 The San Francisco Giants had runners in scoring position in the 1st, 2nd, 6th, 7th and 8th innings against the Arizona Diamondbacks on Sunday afternoon. 12 runners crowded the base paths over the first 7 innings, but Giants bats couldn’t work out a way to cash them in.

After the D-Backs broke the scoring seal in the 5th with an RBI double from Pavin Smith, San Francisco had the opportunity to re-balance the game in following half-inning.

But a lead off double from J.D. Davis followed by a Brandon Crawford single put runners on the corners with 0 outs went belly up after David Villar whiffed on three straight sliders from starter Drey Jameson and Jason Vosler grounded into a double-play.