Jake Arrieta had a bad weekend 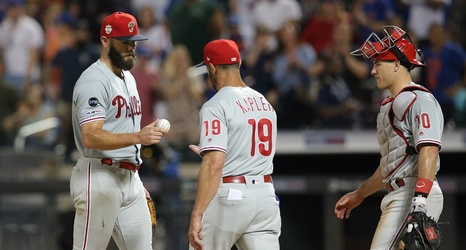 During Saturday night’s game Arrieta hit Frazier with a changeup. It didn’t look intentional, but Frazier took offense. In the two years that Frazier has been with the Mets, he’s been plunked by the Phillies seven times, so the frustration had been mounting.