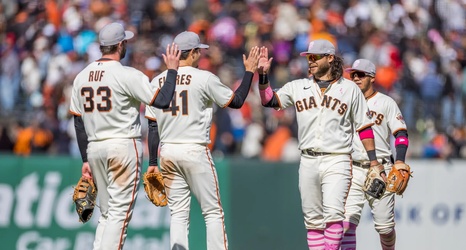 The storm has been quelled, the alarm bells having a fit between my ears deadened—for now. It’s amazing how a bad stretch of 7 games can mess with even the most level-headed of baseball followers. It’s amazing the boost two wins can have on the same fan’s psyche.

It’s early. It’s early. It’s early in the year and, you know what, it’s early. Opening Day was only a month ago and there’s a lot more baseball left to play. If we lived in a just world, the amount of early bad breaks and injuries suffered by the bats and arms in San Francisco would mean the next month or so will be nothing but clear skies and calm seas in the Bay.