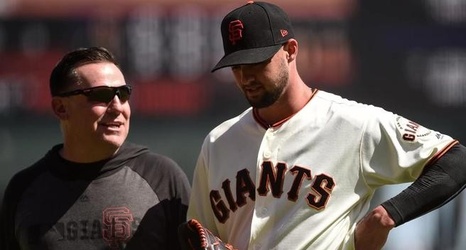 The Giants would have flown to Los Angeles on Wednesday. At some point, Gabe Kapler would have sat down with a pen and card and created his first lineup as manager, deciding just how heavy he wanted to go with right-handers with Clayton Kershaw ready to dig in on the other side. Perhaps Kapler would have spent a few minutes with pitching coach Andrew Bailey discussing their best option if they had a lead after eight innings.

Farhan Zaidi and Scott Harris would have finalized the roster, picking a 26th man for the first time and making the final decisions in their outfield and bullpen.