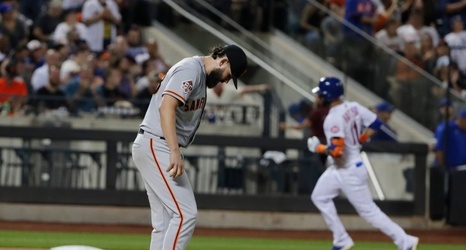 NEW YORK–The Giants entered Wednesday’s game with the lowest batting average (.220) and the worst slugging percentage (.312) in the National League during the month of August, and elected to play with their top power hitter on the bench.

But while manager Bruce Bochy said he just wanted to give Andrew McCutchen a “much-needed” day of rest, the off day was anything but typical for the Giants right fielder.

McCutchen didn’t make an appearance during the Giants’ 5-3 loss to the Mets, but he was spotted at the top step of the dugout in full uniform at the start of the game.