Giants pursuing starting pitching, vision for 2020 may not align with Bumgarner’s 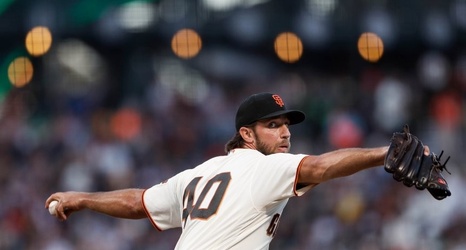 SAN DIEGO — The pursuit of free agent starting pitchers is fast and furious.

So where does that leave Madison Bumgarner?

Before the left-hander makes a decision on his future, the San Francisco Giants will have a chance to meet with Bumgarner’s agent, Ed Cerulo.

“We’re in contact with his representatives and expect to meet with them here,” Giants president of baseball operations Farhan Zaidi said while meeting with reporters in his hotel suite at the Manchester Grand Hyatt on Monday.