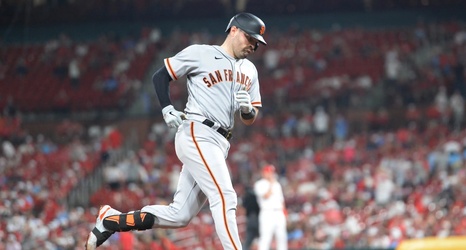 The San Francisco Giants game against the St. Louis Cardinals got off to a funny start. The cliché is to call these things “ominous starts,” but when the Giants go on to win — as they did 8-2 — that doesn’t really seem like an apt descriptor.

Anyway, the normally punctual baseball powers that be (read: umps) delayed the start of the game when Cards’ starter Jordan Hicks came to the mound and they determined him to have an illegally-colored mitt. And then, only after Hicks had procured a new, properly-colored mitt, did the umpires decide that the initial mitt was, in fact, properly colored.