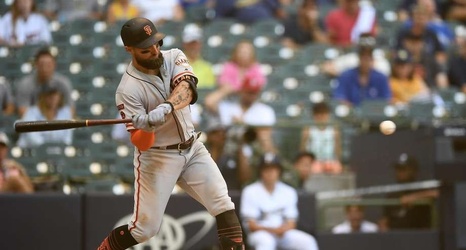 San Francisco Giants centerfielder Kevin Pillar was a perfectly fine player last year. Though his .259/.287/.432 batting line made him a solidly below-average hitter, his average-ish defense at a premium defensive position was enough to produce 1.5 Fangraphs WAR, making him the 162nd-most valuable position player last year by that metric.

Well, the NL MVP ballots were released on Thursday night, and, surprisingly, Pillar made an appearance, all the way at the very bottom of the list with one single 10th-place vote. (Max Scherzer, the Nationals pitcher with a 2.92 ERA and 243 strikeouts, also received one 10th-place vote.