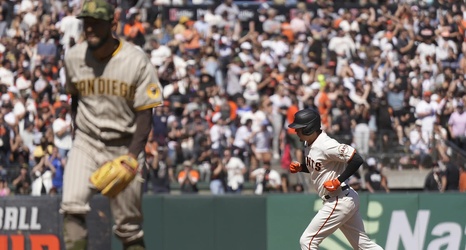 The San Francisco Giants fell short against the San Diego Padres again today, losing another one-run game 2-1 and taking a series loss to their division rivals.

That said, there’s no reason to take anything away from the loss other than it was a very well-played game on both sides in terms of pitching and defense. Manny Machado and Wilmer Flores both hit home runs. Both teams had six hits. The difference was that the Padres were able to capitalize on one runner in scoring position and the Giants weren’t.

Despite allowing the home run in the third to Machado, Carlos Rodón was having a perfectly good start going into the sixth inning.