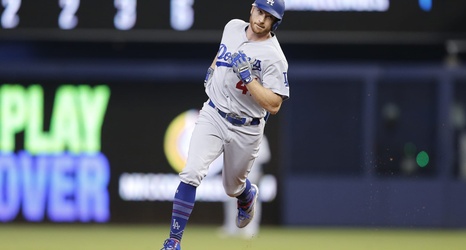 The Dodgers' decision to place him on waivers had more to do with a roster crunch than it did with his performance on the field.

The 28-year-old was originally drafted in the 28th round of the 2015 MLB Draft out of Cal Poly Pamona. Current Giants team president Farhan Zaidi was serving as the Dodgers general manager at the time.

While Garlick is not extraordinarily versatile, he does have professional experience at first base, right field, and left field.