Giants front office, fans revel in Hunter Pence’s return after one season away 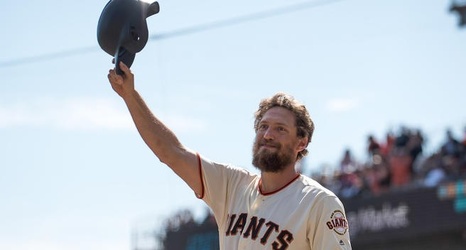 SAN FRANCISCO — It takes something special to upstage Buster Posey at Oracle Park, but Hunter Pence managed to do it Saturday.

A few hours after he signed a one-year deal to return to the Giants, Pence took the stage at FanFest in his familiar No. 8 jersey. He received a 30-second standing ovation from the fans in attendance and spent the better part of an hour explaining how excited he is to be back.

Pence sat alongside Posey and Alex Dickerson, who wore a blank jersey after giving his number back to Pence.