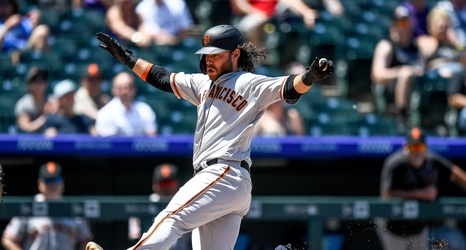 When the clock struck 1:10 p.m. PT on Monday afternoon, it marked the two-hour anniversary of the San Francisco Giants game against the Colorado Rockies.

At that two-hour mark, the Giants had scored as many runs as they had made outs.

There is usually one reason for that, and one reason only: a weather delay.

There was no weather delay.

Instead, the Giants found themselves chilling in the sixth inning at Coors Field, 16 players retired, 16 players having crossed home in a successful manner. That’ll do.

That’s how you you win a game 19-2, which is exactly what the Giants did.