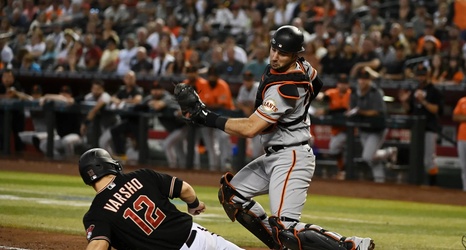 The San Francisco Giants dropped game two of the series to the Arizona Diamondbacks tonight, 5-2.

The Giants got on the board first, in the top of the fourth inning. With two outs, Brandon Crawford singled, before David Villar walked, advancing Crawford to second. He was knocked in on a single from Jason Vosler. The only other run for the Giants was on a booming leadoff shot from Mike Yastrzemski in the sixth inning, his third in five games.

Unfortunately, that was all there would be from the Giants offense, as they were held to just four hits, two of them from Yastrzemski.