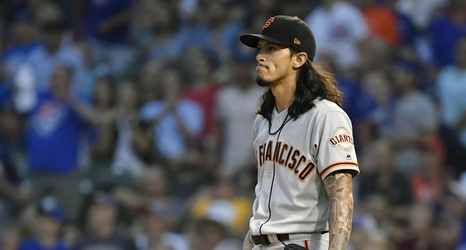 The San Francisco Giants made a few roster moves on Wednesday, shuffling players around a bit. I apologize for not writing about it until Thursday, but the Giants were also spending the day doing something far more important: joining the Los Angeles Dodgers in not playing their scheduled game, to protest the shooting by police of Jacob Blake, a Black man, in Kenosha, Wisconsin.

At roughly the halfway point of the season, the Giants parted ways with pitcher Dereck Rodríguez, designating the right-handed pitcher for assignment. They also called up outfielder Joey Rickard, and optioned Shaun Anderson to the Alternate Training Site in Sacramento.