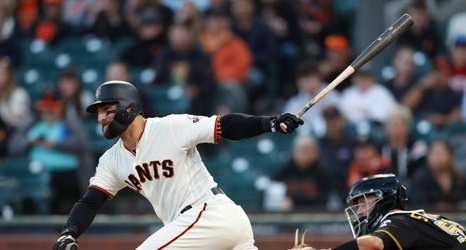 The San Francisco Giants’ leader in home runs, RBI, runs scored and stolen bases will not return to the organization next season.

Center fielder Kevin Pillar expressed a desire to remain with the Giants in 2020, but on Monday, Pillar was informed he will not have the chance to do so.

With a bold decision that is certain to frustrate and disappoint a significant percentage of Giants fans, president of baseball operations Farhan Zaidi elected to part ways with Pillar and non-tender the team’s 2019 Willie Mac Award winner.

Pillar, who turns 31 in January, was arbitration-eligible and likely to earn around $9-$10 million if the Giants tendered him a contract for 2020, but he’ll instead become a free agent.