Giants come back in the ninth, get walked off 5-4 by Brewers 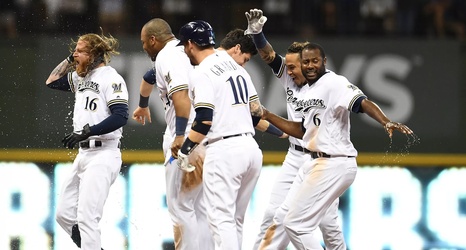 The Giants got walked-off by the Brewers tonight, losing 5-4 after a bullpen implosion and a comeback that fell just short.

The game was started by Madison Bumgarner, who pitched five innings and gave up seven hits and a walk while only allowing one unearned run, striking out six. Bumgarner was heavily taxed, however, having thrown 103 pitches in his five innings of work.

He was supported by his battery mate, however, as Buster Posey put on a defensive clinic. In the first inning, Posey picked off Lorenzo Cain after blocking a wild pitch.