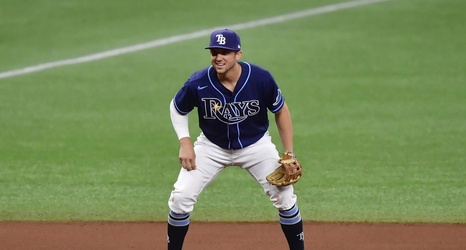 What a week and a half for Kevin Padlo. On April 23, the right-handed utility player was designated for assignment by the Seattle Mariners after a brutal start to the season in the Minor Leagues. On April 26 the San Francisco Giants traded for him. On April 27 he was assigned to the AAA Sacramento River Cats. On April 28 he made his River Cats debut. On May 1 he hit three home runs in a game. And on May 3 he was called up by the Giants and immediately plugged into the starting lineup against the rival Los Angeles Dodgers.