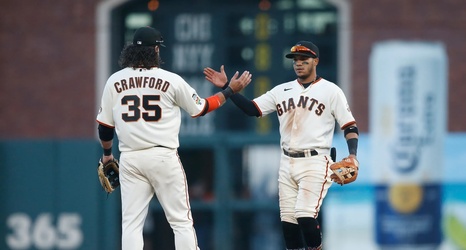 Despite the heatwave currently sweltering Northern California, the San Francisco Giants and Los Angeles Dodgers made it feel like an October night at Oracle Park in Saturday night’s thrilling 3-2 Giants victory to take a series win against their division rivals.

Which is maybe not what you were expecting when you saw that this was going to be a bullpen game against Clayton Kershaw. But with Kershaw making his first start off of the injured list, the Giants took advantage early, and the bullpen held it together in the end.

Thairo Estrada got the offense going early in the game (before the shadows that come with a national-broadcast-dictated-start-time made it hard to do much of anything) by hitting a home run with one out in the second inning.