From erratic pitches to robot umps, top prospect Joey Bart is close to outgrowing the minors 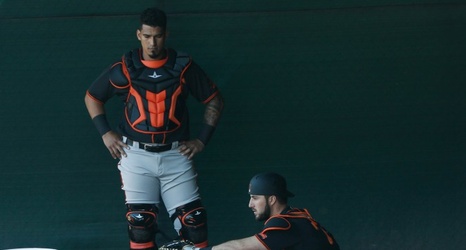 SCOTTSDALE — Joey Bart was angry, and he had every right to feel that way.

When a 96-mile per hour fastball from Pirates prospect Blake Cederlind came up and in during an Arizona Fall League game, Bart thought the ball was coming for his head. The Giants catching prospect tried to evade the pitch, but he left his right thumb exposed and suffered a non-displaced fracture.

It wasn’t the first errant pitch he saw that night.

“I’d already been hit twice and been brushed back a lot,” Bart said. “That was kind of the scoop I guess in the Fall League.