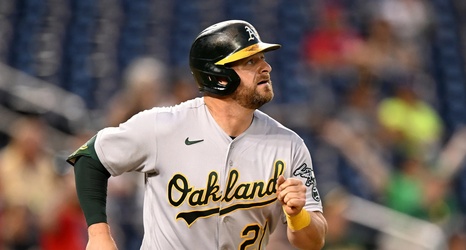 Although he had a brief, if memorable, stint with the San Francisco Giants, Stephen Vogt has spent the majority of his career with the Oakland Athletics, where he has been beloved by fans from both sides of the bay.

On Thursday, Vogt announced that the 2022 season, his tenth in the majors, will also be his last.

Vogt was drafted by and started his major league career with the Tampa Bay Rays before being traded to the A’s early in the 2013 season where he quickly became a fan favorite, playing four and a half seasons, during which time he made two All Star appearances in 2015 and 2016.