Five things we learned at Giants HQ: A new pitcher, a new infielder and day one standouts 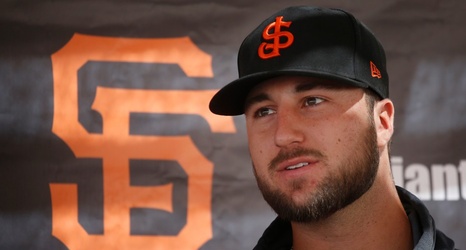 SCOTTSDALE, Ariz. — Position players are still a few days away from reporting to the Giants’ complex in Scottsdale, but the new clubhouse is already filling up.

The Giants have invited more than 70 players to camp this spring and that now includes infielder Wilmer Flores, who was officially added to the roster on Wednesday.

Flores and the Giants agreed to terms on a two-year deal with a club option for 2022 last Tuesday but the contract wasn’t finalized until Wednesday. One of the reasons the Giants waited to put the finishing touches on the deal is because the team needed to wait until the day of its first workout to be able to place players on the 60-day injured list.