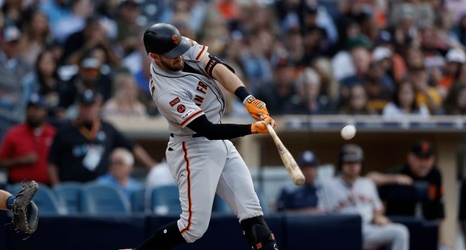 DENVER — Third baseman Evan Longoria was in the midst of his best stretch as a member of the San Francisco Giants when he made a sudden exit from Sunday’s game in Milwaukee.

Longoria didn’t appear to be in any pain while he was on the field, but he revealed after a series-clinching 8-3 win that he’s dealing with plantar fasciitis in his left foot.

Manager Bruce Bochy was optimistic Longoria might be able to continue playing through pain, but the Giants decided to place Longoria on the 10-day injured list on Monday. San Francisco recalled reliever Ray Black from Triple-A Sacramento to fill Longoria’s roster spot after optioning him to the minors ahead of Sunday’s game.