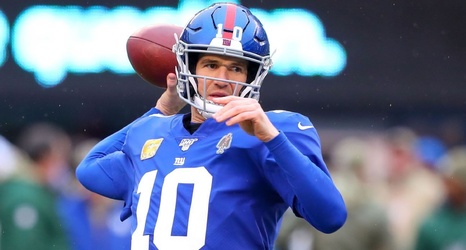 EAST RUTHERFORD, N.J. -- Eli Manning is the New York Giants' starting quarterback, at least for now. He will start Monday against the Philadelphia Eagles (8:15 p.m. ET, ESPN) and until Daniel Jones' ankle heals, at which point Manning will return to his post as two-time Super Bowl-winning caddie for the 2019 first-round pick.

Aside from this impromptu mini-farewell tour, the next time Manning surfaces on the field in an NFL game, he could be in a different uniform. He's in the final year of his current deal and seemingly resigned to the fact his Giants career will be over at the end of the season.