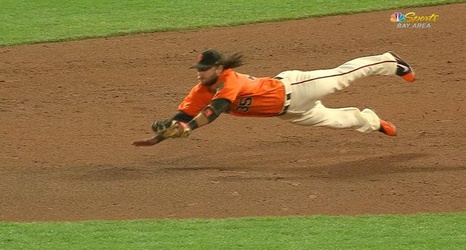 As catcher Buster Posey said grimly after one defeat this summer, "It's a team effort."

The Giants don't need an entirely new team to return to respectability. But partly because they play home games at AT&T Park, where the climate and the pitcher-friendly, oversized outfield discourage hitting home runs, the Giants will struggle to join the power trip that currently grips the Major Leagues.

See full article at Official Site of the Giants