Buster Posey thankfully got here before the robo umps 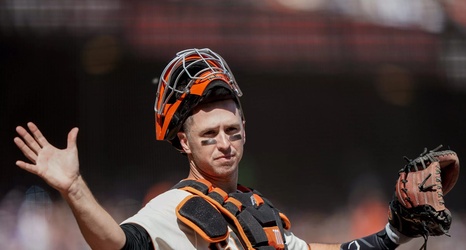 Earlier this week, San Francisco Giants prospect Jacob Heyward was ejected from an Arizona Fall League game for arguing with a called strike three that was out of the zone.

Except there’s a catch, and this one’s a doozy. The umpire calling balls and strikes was not a person.

The AFL is experimenting with automated strike zones, and apparently they heard the complaints and decided to integrate the ““human element” into robo-umps, because Heyward was right to be upset. The pitch was not a strike.

It was a somewhat eerie scene, like something out of a dystopian science fiction baseball movie.