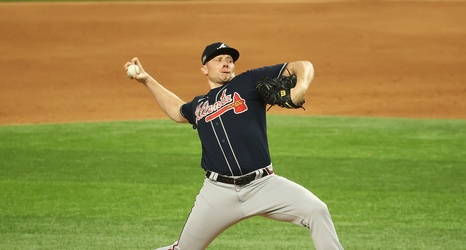 Mark Melancon during his tenure with the SF Giants. (Photo by Drew Hallowell/Getty Images)

SF Giants fans know Braves closer Mark Melancon for his work on the field, but it turns out he’s passionate about building fields too.

In an unexpected report on Tuesday, Braves reporter Joe Patrick revealed that former SF Giants reliever and current Braves closer Mark Melancon has been operating a turf company for some time.