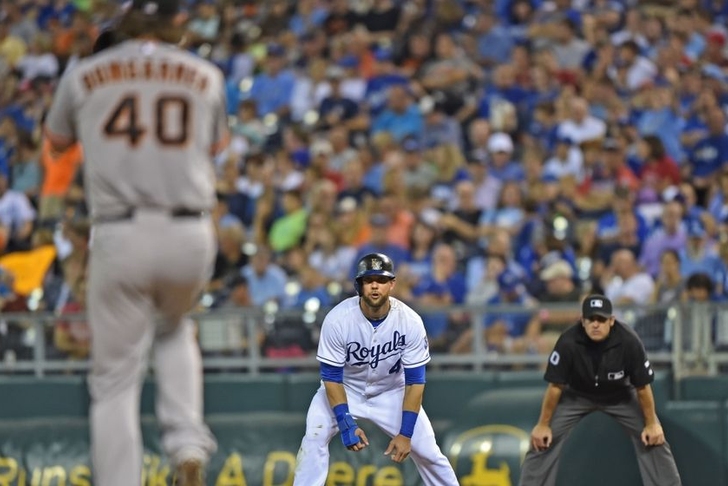 The San Francisco Giants raced out to a 3-0 lead in the top of the first and never gave it back, eventually beating the Royals 7-1 to take Game 1 of the World Series in emphatic fashion.

Madison Bumgarner was spectacular for the Giants, silencing the Royals through 7 & 2/3 scoreless innings before a Salvador Perez home run ended the shutout. The Giants turned on the offense tonight, but they barely needed it on a night when their ace was locked in.

21 & 2/3. That's where Bumgarner's streak of scoreless World Series innings ended - a tribute to his unprecedented success on baseball's biggest stage.

Lungs of the Night:

Generald Wilson, the retired U.S. Naval Petty Officer who belted God Bless America during the seventh-inning stretch. For the home fans, it was one of the few highlights.

Korean Royals superfan Lee SungWoo (who followed the team's misadventures from afar for almost 20 years) kicking it with homegrown Royals superfan Paul Rudd. SungWoo wasn't a good luck charm tonight (in his first visit earlier this year, KC went 9-1 and swept the Giants 3-0), but there's plenty of time left in this one. 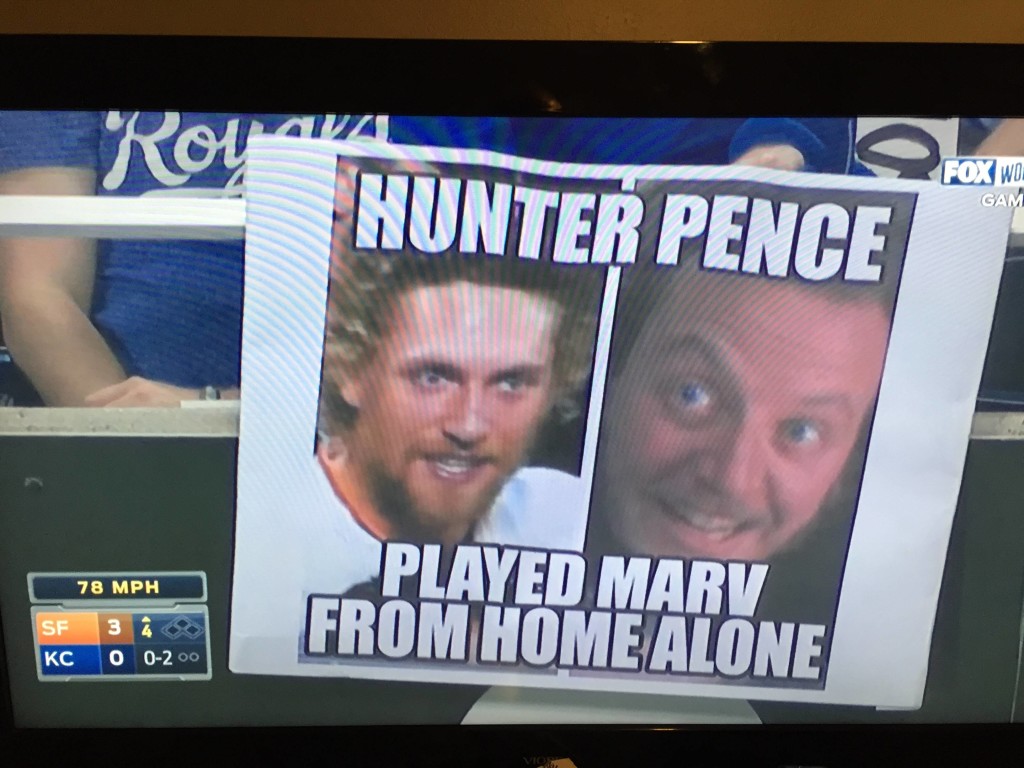 Game 2 (Wednesday at 8:07 PM ET in Kansas City) pits San Francisco's Jake Peavy (7-13 during the regular season, but 6-4 since being traded from Boston to San Francisco) against Kansas City's Yordano Ventura (14-10 with a 3.20 ERA on the year).