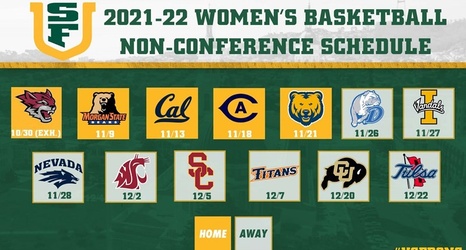 Following a successful year in 2020-21 that saw the Dons get their first postseason win since 1998, USF will play 13 non-conference games this season, with seven contests coming at home and six on the road. Notably, the Dons are scheduled to battle four Pac-12 opponents prior to conference play- Cal, Washington State, USC and Colorado.

Aiming to build off of a campaign that saw Ioanna Krimili selected as the WCC Newcomer of the Year, USF will begin their journey with five straight home games.