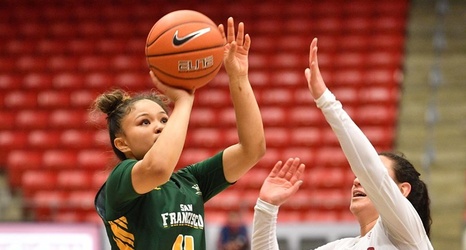 PULLMAN, Wash. – Coming out of the gates, the USF Dons women's basketball team (4-4) were ready to play early as they played with tremendous fight before coming up short against the Washington State Cougars (5-1) 72-58 at Beasley Coliseum.

The Dons received great performances from their back court as , and each scored in double figures against Washington State. Krimili once again led the team with 17 points, with Gayles not far behind with 15 and Langer right there as well with 14 points.

IN CASE YOU MISSED IT: