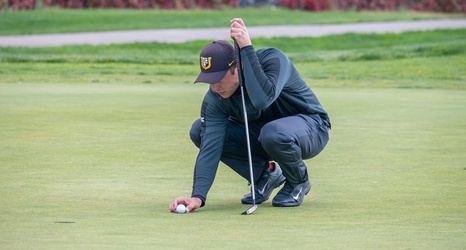 PEBBLE BEACH, Calif. – Playing in their final tournament of the fall season, the University of San Francisco men's golf team continued their impressive streak by finishing third overall as a team with a three-round total of 13-under-839 at the Saint Mary's Invitational. Notably, this tournament marked the fourth time this fall and the ninth consecutive tournament in which the Dons have finished in the top three, dating back to the Orange County Collegiate Classic last spring on Feb. 8 + 9, 2021.