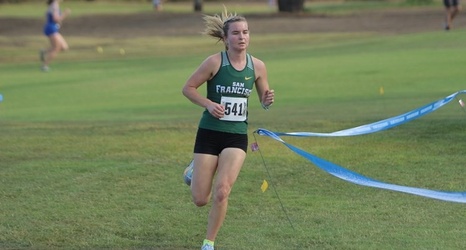 SUNNYVALE, Calif. -- Saturday morning's return to action for the USF Dons' cross country team was a success as the women's team won the 6K invitational and Ruby Smee posted a new course record at Baylands Regional Park. The men's team finished at tenth overall as a team and received great individual performances from Daniel Maneloveg and Ed Kiolbasa.

Smee continues her stellar season on the Hilltop as she broke the course record with a time of 19:30.3 in the 6,000 meter run. Eve Jensen finished in fifth place and Zoe Wassell came in tenth to put three Dons in the top 10 on the women's side.