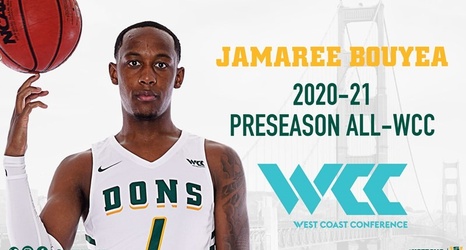 Gonzaga took home the top spot in the poll, receiving nine first place votes for 81 points. BYU was picked to finish second, with the remaining first place vote and 69 points. Behind them was Saint Mary's with 63 points, followed by Pepperdine (57) and the Dons (52).