Dons Come Up Short in Extras 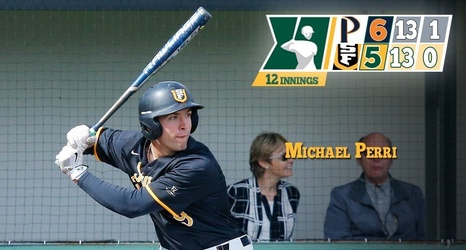 SAN FRANCISCO -- A Pepperdine pinch-hit home run with two outs in the ninth forced extra innings and eventually led to a 6-5 USF loss in 12 innings on Saturday afternoon at Benedetti Diamond.

USF (23-25, 8-15 WCC) led 5-4 in the ninth as Brendan Jenkins (0-4) was one out away from his second consecutive save, but Pepperdine pinch-hitter Ben Rodriguez sent the first pitch he saw from the right-hander into the right-center netting, tying the game at 5-5.

The Waves plated the game-winning run three innings later when Matt Crowder doubled home Jeremy Goldenetz from first after Goldenetz led off the 12th inning with a walk issued by Jenkins.