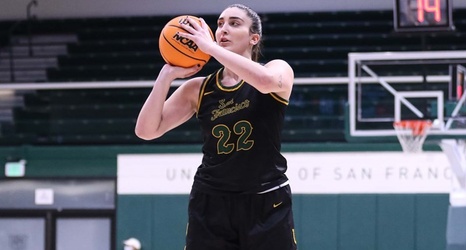 SAN FRANCISCO, Calif. -- The West Coast Conference announced this morning that USF forward Claudia Langarita as well as Pacific forward Elizabeth Elliott were selected as the WCC's co-Freshmen of the week following their strong performances in the last week of the regular season.

This is the fourth time in her stellar freshman season that Langarita has been recognized with this honor, as well as the second week in a row she's won the award as she ended her first season on the Hilltop in style.

It was a phenomenal week for Langarita as she averaged 17.