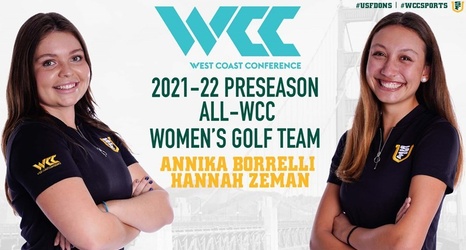 For USF, the Dons were picked to finish fourth as a team while Annika Borrelli and Hannah Zeman were named to the preseason team by the conference's five head coaches.

"I am so proud of the hard work and dedication that both Annika and Hannah have displayed in the past few years," said head coach Sara Doell.