Year 5 of the Lynch/Shanahan regime: It was time for the 49ers to find a franchise QB 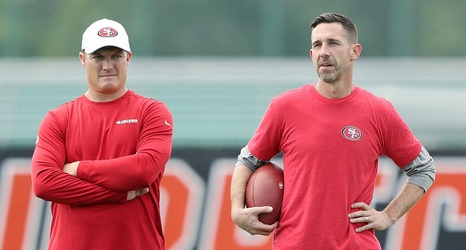 We spent the better portion of the past two months discussing backup quarterbacks from Mitch Trubisky to Joe Flacco. On Friday morning, the San Francisco 49ers shocked everyone when they traded up with the Miami Dolphins to the third pick in the draft.

It’s a quarterback-driven league. The Niners had one of the top defenses in the NFL, and that meant nothing last season as they didn’t have a quarterback. So why make a move now?

Well, mortgaging your future seems desperate. San Francisco doesn’t seem to fall into the “desperate” category, but they’re well aware of the type of quarterback it takes to win in this league.