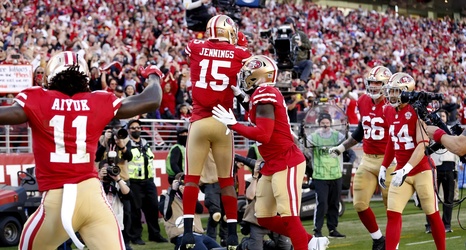 With minicamp in full swing, we are getting our first look at the 2022 San Francisco 49ers. I always try to hold off on making sweeping statements before the pads go on, as there is not much that can be taken away from a team running 7-on-7s in shorts in early June.

One thing that has been apparent in the early stages of the 49ers' offseason program is how deep their wide receiver group is. It's no secret how loaded they are at the top, led by Deebo Samuel and Brandon Aiyuk.

Samuel recorded over 1,400 receiving yards in 2021, despite logging nearly twice as many rushing attempts as receptions over the last eight games.