Why NFL history, Aaron Rodgers' past bode well for 49ers vs. Packers 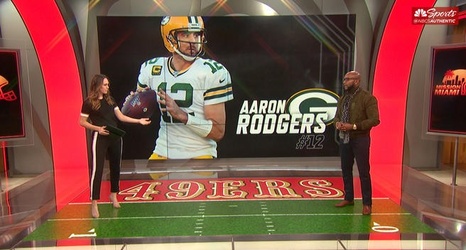 If the Green Bay Packers are going to upset the 49ers in the NFC Championship Game on Sunday at Levi's Stadium, they're going to have to do it without history on their side.

It has been less than two months since the 8-2 Packers waltzed into Levi's Stadium hoping to knock off the conference-leading 49ers on "Sunday Night Football" in Week 12. By halftime -- if not much earlier -- it was readily apparent no such event would occur, as San Francisco raced out to a 23-0 lead on its way to a 37-8 win. It was a thoroughly dominant performance by the 49ers, and resulted in Green Bay's most lopsided defeat of the season.