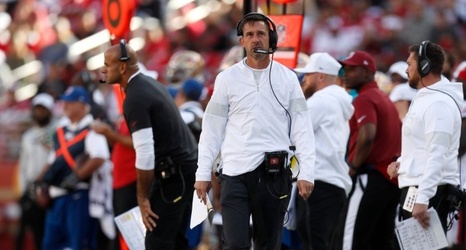 The 49ers’ 7-0 record certainly suggests they could be, but ESPN analyst and former coach Rex Ryan is removing all doubt about who’s the elite team in the NFL.

And, right now, the ex-Jets and Bills head coach is the loudest voice on the 49ers bandwagon. On Monday, Ryan couldn’t say enough about San Francisco during ESPN’s “Get Up” show.

"They're the best team in the NFL.