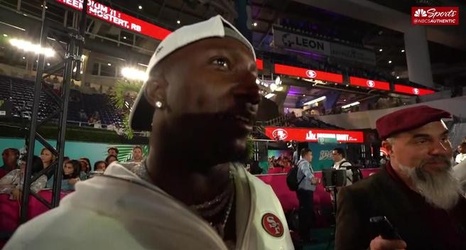 Deebo Samuel had a tremendous rookie season for the 49ers, over which the wide receiver showed an elite ability to make defenders miss.

Among all San Francisco pass-catchers, Samuel trailed only tight end George Kittle in receptions (57), targets (81), receiving yards (802) and yards after the catch (481). He caught three touchdowns through the air and added another three scores and 159 rushing yards on the ground.

Considering it was his first season in the NFL, there is every reason to believe Samuel can improve upon those numbers in his sophomore season with the 49ers.